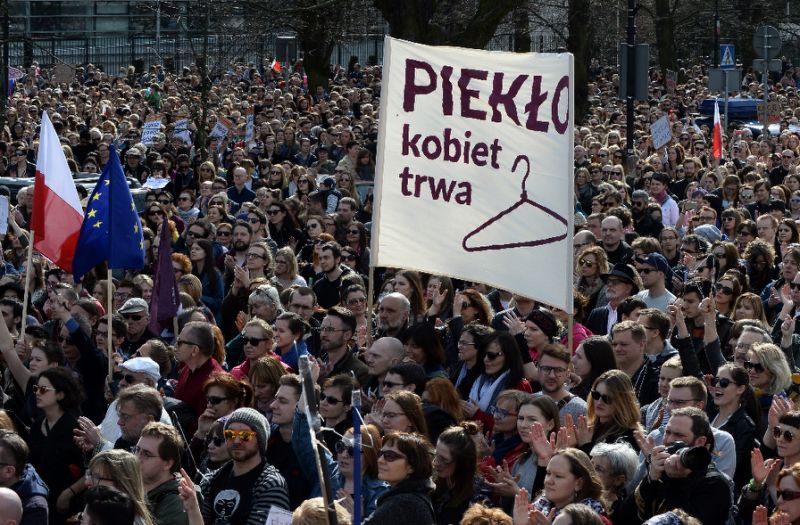 Should abortion be outlawed? According to the Polish government, yes. However, thousands of Poles who came out in protest do not think so. Dressed in black, they expressed their displeasure against the authorities' intention to impose a total ban on abortion in the country. Earlier in the day, over 2 people joined in forming a "wall of anger" in front of the headquarters of the country's ruling party - "Law and Justice".

The reason for the demonstration, called "Black Monday", is the bill introduced at the end of September, according to which termination of pregnancy will be allowed only and only in case of a threatened health condition of the mother. writes Hospital.bg. The plans also include increasing the maximum sentence for undergoing such surgery from 2 to 5 years. Another proposal was introduced by the "Let's Save Women" public committee - to give women the right to an abortion up to the 12th week of pregnancy. However, it was rejected at first reading.

Currently, the current law allows operations to terminate pregnancy in case of valid medical reasons, conception after rape or significant deformation of the fetus. 74% of Poles want this not to change, according to a poll published this week in Newsweek Poland. Solidarity strikes were also held today in other European countries such as Germany, England and France.

Parable of the busy mother