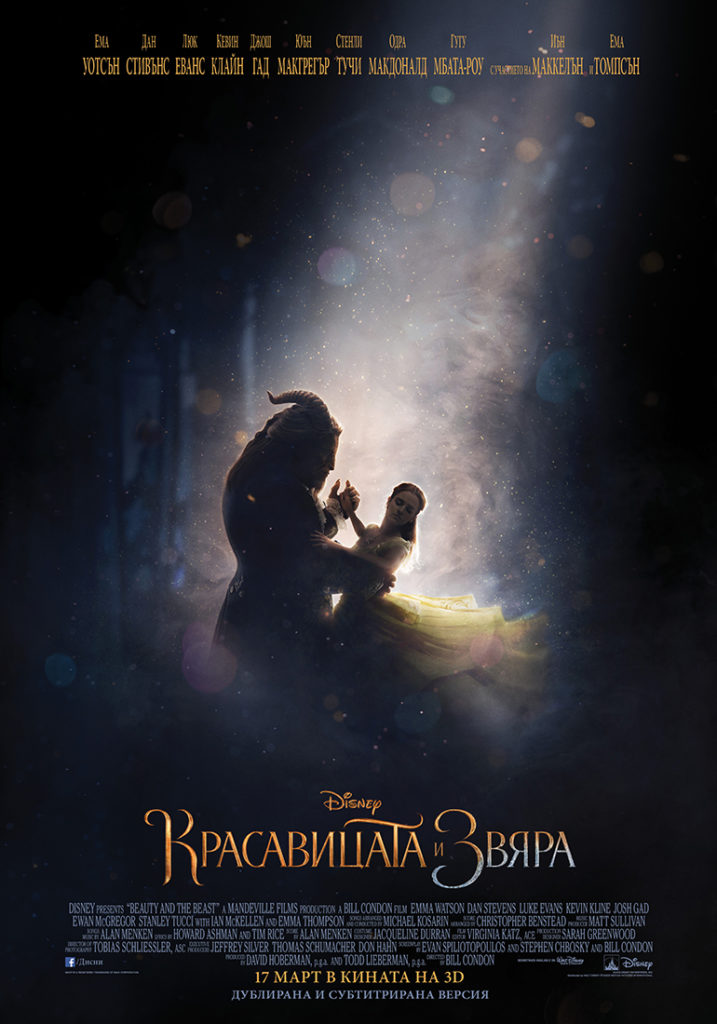 This March, we'll see one of Disney's most exquisite and adorable titles on the big screen - Beauty and the Beast. The classic fairy tale will this time come to life in a full-length film, in the main roles of which we will see Emma Watson, Dan Stevens, Luke Evans, we will hear the voices of Ewan McGregor, Stanley Tucci, Emma Thompson and Ian McKellen.

The story and characters are well known to us from the Disney animation that took the world by storm in 1991. Now it's time to see it on the big screen in a stunning full-length version, which according to its creators will be a darker and more realistic version than the cartoon. Beauty and the Beast tells the incredible adventure of Belle - a smart, beautiful and independent young lady who falls into captivity in the Beast's castle after resolutely saving her father by taking his place. Despite her fears, she quickly befriends the enchanted servants at the castle and learns to look past the Beast's fearsome exterior, realizing that he has the kind heart of a true prince.

Starring Emma Watson (Harry Potter series) as Belle; Dan Stevens as The Beast; Luke Evans ("The Hobbit: The Battle of the Five Armies") as Gaston, the handsome but shallow-minded peasant who is in love with Belle; Kevin Klein as Morris - Belle's father; Josh Gad as Lafue - Gaston's longtime friend. The film will also feature the voices of a number of iconic actors: Ewan McGregor lends his voice to Lumiere the candle holder, Stanley Tucci to the harpsichord Candenza, we will also hear the voice of Ian McKellen as the clock Cogsworth, and Emma Thompson recreates the teapot Mrs. Potts.

Director of Beauty and the Beast is Bill Condon, and the screenplay for the feature version of the classic tale was written by Evan Stiliottopoulos, Stephen Chosky and Bill Condon.

Beauty and the Beast comes to theaters in subtitled and dubbed versions on March 17 in 3D.

A Parable of Ignorance - or Why We Shouldn't Argue with Fools