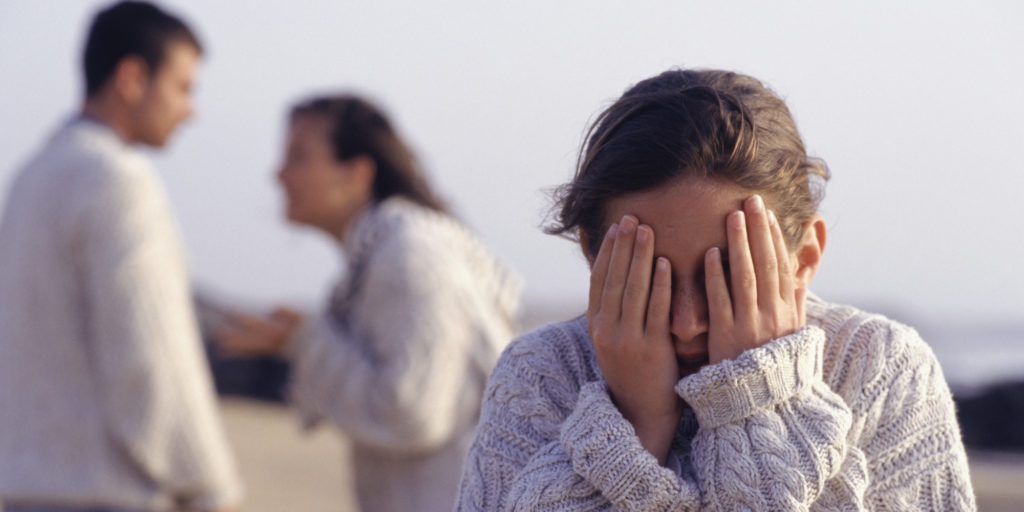 Shared parenting? Divorce? Parental rights? According to the latest data, every fifth family in our country faces concepts of this type for one reason or another, since the "separation" scenario is already on the agenda. But what lies behind the idea of ​​shared parenting? It sounds simple - for the mother and father to take care of their beloved children together.

It is this idea that is enshrined in a change to the Family Code, according to which, upon dissolution of marriage between two people, parental rights are awarded equally, and not as before - to one at the expense of the other, who enjoys them under a regime determined by the court .

It sounds great, too good to be true. For some parents, however, the idea of ​​shared parenting would mean a real nightmare. Such is the case of Maya K. from Plovdiv, who tells her story in an open letter to Trud. There he is:

I wrote to the ombudsman, who is the people's advocate, I wrote to journalists whom I respect, and through them I am writing publicly to you. I would like to introduce you to my case briefly and ask you to carefully consider one of the proposals for changes to the Family Code, which states: in case of divorce, parents should exercise equal rights in the upbringing of their minor sons and daughters. In my opinion, such a change will cause problems in families, which will affect the children most of all, and painfully so. Children are certainly the main victims of the deteriorating relationship between mothers and fathers before divorce. Equal rights to them will then increase their suffering. Every child is initially attached to both parents - there is no dispute. But when he is torn between them, he gets confused - who to listen to, who to trust, who protects him, who harms him. Do not think that out of selfishness I want to deprive my husband and other men of full communication with their children. I would like everyone to be happy, but this is a dream, and in reality one has to dominate in raising and educating the children. People are different - some are hardworking, responsible and mentally balanced, others are lazy, addicted to alcohol and drugs, unmotivated cruel and selfish. My husband is in the second category, and many women have a fate like mine. I'm sure they were just as horrified as I was when they heard about the proposed 'shared parenting'.

In order for you to understand, I will tell you my story. I am currently married with a 6-year-old daughter. I met my husband in 2003 and we fell in love. He was married at the time, but with a broken marriage that was broken up and we got together. I got pregnant. Even before I gave birth, I realized that his addictions to drinking and religion were not as harmless as they had seemed to me before. He would fall into drunken euphoria, drool, then insult and sink into silence for days. The first time he beat me for no reason, I ran away, but I came back and I was wrong. Shortly after the child was born, he decided to convert - from a Christian he became a Muslim, he grew an excessively long beard, he began to insult my faith, force me to change it, harass me because I refused. I'll spare you the details. We reached a divorce by mutual consent. The process has begun.

And now for the most important thing - the child. My husband's proposal was that until we divorced, it would be one week at his place and one week at my place. I reluctantly agreed, but consoled myself that it would be in time. The little one loves him, he is her father, she looks for him and cries, she is sad that he is gone. He takes it regularly, showing sometimes desire, other times annoyance. When he returns her, she is unrecognizable. She is tied with a headscarf, chatters something about Allah, he takes her to mosques and explains to her that believing people should die with great joy. She raves at night, screams from some kind of pain. I sought help from a psychologist. She shared with him that her father is sometimes bad, sits and drinks, does not speak to her. He told me his fridge was empty, he once slapped her and called her a brat because she told him "I want to eat". Another time he took her to a women's company, bought her a pizza, but ignored her and sent her to a dark room, without a lamp, the bulb must have burned out. Her aunt was arguing. Gradually, the child lost the desire to visit his father, but when I suggested that we send him away, he said to me - "no, mother, I am afraid, Allah will punish me to die."

I saw the only way out in the divorce - to end on October 1 and after that to control things as a guardian. My world collapsed when I heard on television the ombudsman, Ms. Manolova, explaining about the change in the Family Code. Worse: my husband also heard about her and told me: I want a new agreement with equal rights over the child! I said no, but the answer was: then we won't divorce by agreement and I'll drag out the case until the new law kicks in.

If this happens, my life will become a nightmare and so will my child's life and others with our life story. I am begging you, Madam Ombudsman, ladies and gentlemen! Don't let this legislative insanity happen! Parents are different, not all are normal, don't artificially equate them. Laws are meant to help people, not ruin their lives, aren't they?!'

Yes, this mom asks a lot of questions. And the truth is that each of us carries his own personal story, which is not like that of the neighbor or the close countryman. And the law is hardly capable of accounting for this...

8 tips for potty training your child