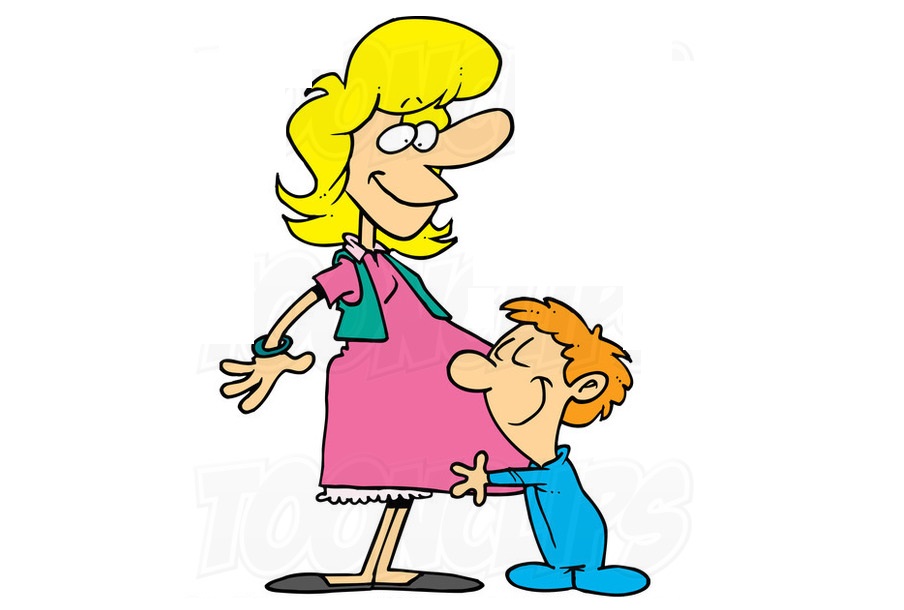 1. They get hungry quickly

Oh yes – midnight meals, sweet, salty, then sweet again and salty again… It sounds like a whim of your five-year-old son, but definitely these culinary whims during pregnancy are not at all rare. And you will soon notice that your appetite has increased or that you will want to try food that you never liked before you got pregnant.

Another similarity between pregnant women and small children – representatives of both groups are overly sensitive, even to small and seemingly insignificant events. Fired up your favorite manja and a roar ensued? You're not alone, kids do too when someone breaks their favorite toy. The good news is that for both, it's only a matter of time before it all subsides. And if you feel like crying, cry, there's nothing wrong with that.

3. They suddenly change their moods

Do you go from a fit of rage to a fit of laughter, just like your little daughter? There is another proof that nothing childish is foreign to pregnant women.

4. Their clothes shrink after only a month

The pregnant belly is growing, and your old jeans don't fit. The same goes for your little heir's wardrobe, which has to be replaced every season because his pants are late and his jacket is too small. It is true that all this is not at all profitable financially, but let's use the maxim "grow, but do not age".

5. They often get pissed off

Ah, that pee. There seems to be no end, neither to two-year-old children, nor to thirty-two-year-old mothers-to-be. And if for the former there is an explanation with the constant ingestion of liquids and the tiny bladder, then in pregnant women this is often due to the pressure on the bladder by the baby, especially in the last months. There is a solution - and that is to always have the toilet nearby.

6. They need to go to bed early

Both the small children and the pregnant mother are definitely not night birds - it's already 9 in the evening, and the yawns are already there. If you have the opportunity to take a nap - do it, now "you've got it".

The 10 Kinds of Mothers on the Playground

9 funny cartoons showing the other side of parenting