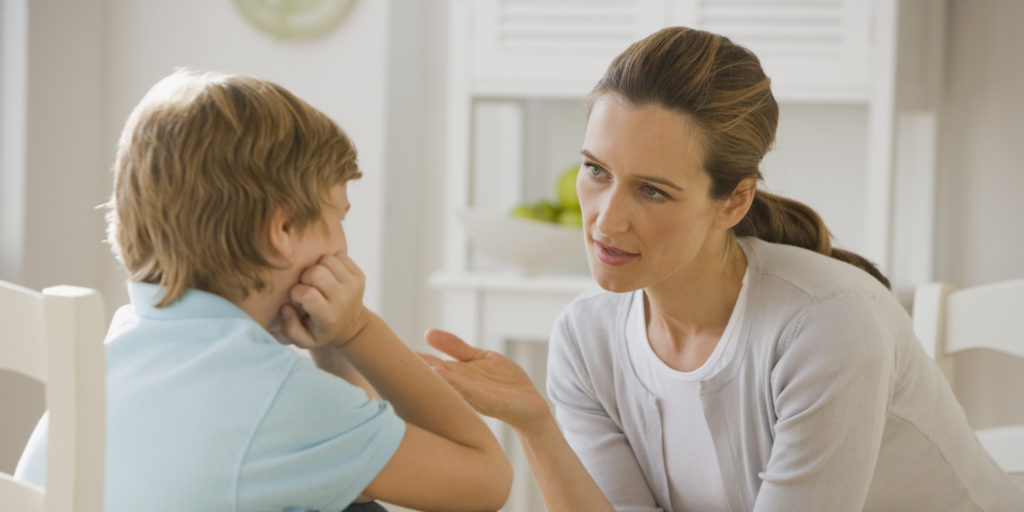 We often hear that the most important thing we can do for our children is to love them. That, of course, is the case. I take it for granted that you all love yours dearly, and you don't need a book to tell you how to do that at all. But, no matter what people say, love alone is not enough.

Then what else is needed?

We do a million things for our children: help them pass, make sure they have clean socks on, teach them to be safe when they're out and about, patiently listen five times to their story about the winning goal they scored on the playground .

But no parent has time for everything (and it wouldn't be good for the kids if they did). This truth becomes even more apparent when we have more than one child, our jobs are stressful, or we are single parents. How, then, are we to judge what is absolutely imperative and what we can dispense with? Unless we want to live with a constant sense of guilt, anxiety and depression, it's really worth thinking about which things will be most important to our children and which we can push to the back and forth.

Let's find out what we're getting at. We want the child to enjoy his childhood, and then to develop into a healthy, self-confident, successful mature person - happy and giving happiness to others. Once we realize our ultimate goal, the circle of attention will gradually begin to narrow, but how do we determine what our absolute priorities are? How do we decide what's really, really, important?

This is the most important parenting skill when it comes to raising children. It is of paramount importance for the child to know that the rules never change and that they will be enforced in all cases. The more vulnerable he is in his emotions, the more often and vigorously he tries to rebel against them, but the rules must remain steadfast. When he throws a tantrum or experiences a period of uncertainty, the child more often tests the strength of the boundaries, but not because he wants you to bend, but because he wants to be absolutely sure that they are in place – the constant he will always be able to count on in this changing world.

In fact, the more strictly you stick to established boundaries, the easier it will be for children to follow your rules. Once they are convinced that you never back down, they will get tired of trying. They don't want to waste their time. Not only do they begin to feel happier and more secure, but they also learn to take no for an answer.

This means no more grumbling about "a little more" before bed, forgetting the annoying "buy me this", while walking around the shops, or to requests to fill up the inflatable pool just when you have no time. Once they hear the word 'no', they will no longer insist.

How many times have you heard other parents complain: “My child never does what I tell him. He shakes me until I back down to shut him up.' Such parents fall into the trap themselves. Why does the child grumble with such annoying persistence? Because he knows that if he goes on long enough, the parent will bend. It is not easy to get out of this trap once you have allowed yourself to fall into it. But it's not impossible. It will be much more difficult than for the parent who never bends and whose children accordingly never try to test the limits of his patience. Because now yours will need a lot more time to be convinced that you really won't give in anymore and to stop being capricious.

I guarantee you that the children of those parents who know how to say "no" never try to impose themselves. They may grumble, whimper, and grumble in discontent—though less often than other children—but they do not persist in insisting on something that has once been denied them.

If you have a habit of backing down – maybe not too often, but even the occasional instance makes the kid think it's worth a try – you'll have to keep telling yourself that if you hang on long enough, the kids will stop harassing you unnecessarily. You won't get that reward today, or tomorrow, or next week, but eventually it will land at your feet if you persevere, and then, believe me, it will all be worth it once the child stops once and for all trying to prevail.

I know parents who say no, then feel guilty about what they're doing unfairly, and finally back down.

Stick to what you've already said, even if it means forbidding him to draw later, if he keeps insisting, and swallow the guilt.

It's always good to assess the situation on the fly, anticipating the possible consequences, before saying no to anything. If you are not able to decide right away, tell the child, "I have to think about it" or "Wait a minute." Or that disgusting phrase: "We'll see...". I say "disgusting" because I hated her as a kid, but I have to admit that's the best approach. Strange indeed, but I was once discussing it with a friend of mine and she stated that she also hated those exact words as a child because they always meant "no". With my parents, however, they mostly meant yes. 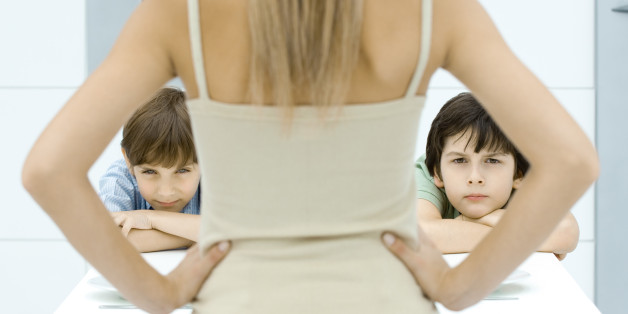 I'll tell you why it's good to think before you say no. If you haven't said no, you won't feel pressured to bend - this gives you time to consider all options and pre-established conditions before giving consent. So tell the child something like:

"You can paint, but if you prepare everything yourself."

"I'll fill your pool, but if you make me mad when I tell you to get out, you won't see him tomorrow."

"If you don't whine in the store, I'll buy you something on the way out" (it shouldn't be unhealthy).

Encouragement is preferable to punishment if you want your child to feel and behave well. Apart from everything else, the educated child lives in a much more secure, stable and emotionally comfortable world. By polite, I don't mean a reserved or pretentious, servile creature who only speaks when addressed. I can't stand this kind of parenting.

I'm referring to children who sometimes pick on each other or do some mischief, but only because they haven't had time or haven't bothered to think about what they're doing. Well-intentioned children who want to please you, but sometimes they shout louder than necessary or forget how a well-behaved child should sit at the table.

Unless your child is living in conditions of increased stress caused by a divorce, or suffers from a syndrome of
attention deficit hyperactivity disorder, it shouldn't be a problem to behave well once you've established firm boundaries and followed the tips listed in this book. However, there will be times when children will resist the standards you have imposed, and then you will need to motivate them to comply with the behavior you want.

Therefore, always prefer encouragement over punishment if you want to change any aspect of a child's behavior. By focusing your child's attention on successes rather than failures, you are much more likely to achieve good results. Also, from the child's point of view, it is much easier to live with parents who reward good behavior than with parents who punish for bad.

3. Reward instead of bribe

Here I should clarify the difference between a reward and a bribe, as it is extremely important. If your child is doing something he knows he shouldn't be doing and won't stop after you ask him to, it would be a bribe to offer him a reward to get off the swing, to not thrash around like crazy, or to does not throw pieces of food around the room.

But if he's currently behaving decently, or if the problem behavior isn't the result of a curse but carelessness (for example, he forgot to put the clothes in the laundry basket), it's perfectly appropriate to offer him a reward. The same applies to getting up in the morning: if during the morning argument you offer a reward for getting out of bed immediately, this is a bribe. But if you promise him before going to bed on Sunday night that if he doesn't cause trouble all week, he'll get a reward next Sunday, that's an incentive.

Remember that punishment also has its place and role. Sometimes his dark shadow has to peek out from behind the promised reward, in case its allure proves insufficient: "If you get up on time for school all week and don't grumble, you'll go to bed later on Saturday night to watch your favorite show on TV. But if you don't, then you're very tired and you'll start going to bed half an hour earlier."

However, try first with good, and use the threat only as a last resort.

There's another trick you can apply, and it's a combination of both motivations. In some cases, you instinctively feel that you should encourage the child instead of threatening him, but on the other hand, you don't feel like rewarding him just for behaving well.

Hugging and non-verbal communication as an educational tool

Intuition TEST: Who is the real mother of the child?